The Bergisches Städtedreieck (Bergisch City Triangle), consisting of the Cities of Wuppertal, Solingen and Remscheid, has been one of the most important hubs for innovative, forward-looking and competitive industry in Germany, Europe and the world for centuries. In the past, decisive economic steps were taken here in the region and foundations were laid for world market-leading companies.

The historical milestones range from Wuppertal as a flourishing textile metropolis in the 15th to the 19th century, to Solingen, the blade city that has been internationally known and appreciated since the Middle Ages, to Remscheid, the traditional craft and industrial location of tool manufacturing.

As early as 1784, the first cotton spinning mill on the European continent was built in Wuppertal. The region profited intensively from industrialisation and became an innovative textile centre of the 19th century.

German railway history was also significantly influenced in the Bergisch region, as one of the first railway lines in Germany was built between Wuppertal and Essen in the first half of the 19th century. The Müngsten Bridge, located between Remscheid and Solingen, still stands for the progressiveness and economic power of the region. Completed in 1897, the structure is still Germany’s highest railway bridge. Even then, the Bergisch region became a decisive starting point for the industrialisation and mobility of the future.

The Bergisch City Triangle of Wuppertal, Remscheid and Solingen has always retained this status as a place-to-be for industry and business as well as a pioneer of new mobility concepts. This is proven, for example, by the Solingen trolleybuses introduced in the early 1950s, which are still in operation today and are considered the largest trolleybus system in Germany. On the way to 100 percent emission-free public transport, the buses are now even being electrified step by step for the future. Wuppertal, too, still stands for innovative mobility with its landmark, the world’s only suspension railway. What used to spur the development of the railway network is exactly what paves the way for new regional mobility solutions and successful industrialisation today: inventiveness, courage and a willingness to innovate.

The Bergisch Three are not afraid to try out new things, now and in the future, and thus constantly drive economic and industrial development forward. The history of the three cities impressively proves that this has already worked excellently in the past and thus also provides a positive outlook for the future: “Industrial transformation and mobility? We could then, we can now and we will be able to in the future!”

The Bergisch City Triangle was and is a think tank and centre of concentration for companies that are successful worldwide. Rising hidden champions, established world market leaders as well as innovative newcomers call the region home and ensure international attention and recognition.

Solingen knives and other blade products set quality standards all over the world. The Remscheid tool industry still secures its lead over the competition through tradition and know-how. Wuppertal has transformed itself from one of the most important textile cities to a technology centre where forward-looking companies from IT, mechanical engineering, electrical engineering & Co. develop their products and solutions.

Aptiv Services Deutschland GmbH is a legally independent subsidiary of the tech company Aptiv, which develops sustainable technologies for the mobility of tomorrow. With its system competence for automotive electrics and electronics, which includes both hardware and software, concentrated at the NRW locations, technologies are developed for German and European automotive customers that increase road safety, make mobility more sustainable and better connect road users, their vehicles and systems with each other and with the infrastructure.

At the Wuppertal site, the development departments for sensor technologies, artificial intelligence, control electronics, computing together with the engineering departments for automotive electrics and electrical connection systems for energy and data transmission are under one roof, with the common goal of pre-development. Certified laboratory and test facilities for materials, system applications, components and vehicles complete the research and development infrastructure. The facilities in Wuppertal are complemented by further laboratory and engineering resources concentrated at the other locations in the Oberberg region. 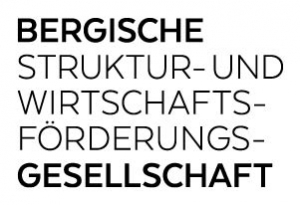 BSW works on three thematic areas in a regional context: economic development, structural development and tourism. Regional strategies and projects with regional added value are developed at BSW, implemented inter-municipally and in cooperation with business and science.

The areas of responsibility include the organisation of support for the regional business landscape, especially for automotive suppliers and mechanical engineering, the development of contemporary structural projects with a special focus on mobility, the implementation of projects to promote tourism and, last but not least, supra-regional, political cooperation to make the region visible as a promotional setting.

The area of responsibility also includes regional marketing as well as labour market and employment promotion.

The University of Wuppertal (BUW) is a dynamic university with an interdisciplinary teaching and research profile. Within the framework of numerous research initiatives, it is committed to the structures and potentials of the Bergisch region. Research in the field of artificial intelligence at Bergische Universität has become an important reference point beyond North Rhine-Westphalia in recent years.

The interdisciplinary centre “Machine Learning and Data Analytics” (IZMD) and the artificial intelligence platform Bergische Innovationsplattform für Künstliche Intelligenz (BIT) are particularly related to bergisch.smart_mobility. The IZMD is a cross-faculty institution for interdisciplinary research and transfer in the field of artificial intelligence, machine learning and data analytics.

The “Bergische Innovationsplattform für Künstliche Intelligenz (BIT)” (Bergisch Innovation Platform for Artificial Intelligence) researches and develops together with companies in the fields of artificial intelligence (AI) and data analytics. Both institutions have successfully realised many important projects that have paved the way for bergisch.smart_mobility. One example is the AFFiAncE project, which is concerned with creating a new type of architectural test bench that allows the safety required for autonomous driving to be developed, tested and made suitable for series production. Bergische Universität Wuppertal is involved in various projects in the “Autonomous and Connected Driving” flagship initiative of the German Association of the Automotive Industry (VDA) and is developing new technologies for the autonomous driving of tomorrow together with car manufacturers and other leading AI research institutions and universities. Together with other faculties, such as that of Mathematics and Natural Sciences, BUW’s Faculty of Electrical Engineering, Information Technology and Media Technology is driving developments forward.

Neue Effizienz (New Efficiency) deals with innovations and science and technology transfer in the fields of energy, circular economy and new mobility and the interaction in a smart city. In doing so, they bring together activities and actors and network different economic interests.

WSW mobil GmbH is a municipal mobility service provider and operates local public transport in Wuppertal. It is one of the most successful transport companies in the Rhine-Ruhr transport network with around 90 million customers per year. WSW operates a modern bus fleet with 10 hydrogen buses to date and the world-famous suspension railway.